Governor Cuomo was joined today by Vice President Joe Biden to unveil the vision for the comprehensive redesign of LaGuardia Airport. The airport will be transformed into a single, structurally unified main terminal with expanded transportation access, significantly increased taxiway space and best-in-class passenger amenities. Construction on the first half of the new unified terminal, expected to be a $4 billion project that creates 8,000 direct jobs and 10,000 indirect jobs, will be managed by LaGuardia Gateway Partners, a new public private partnership chosen by the Port Authority of New York and New Jersey to build the project. 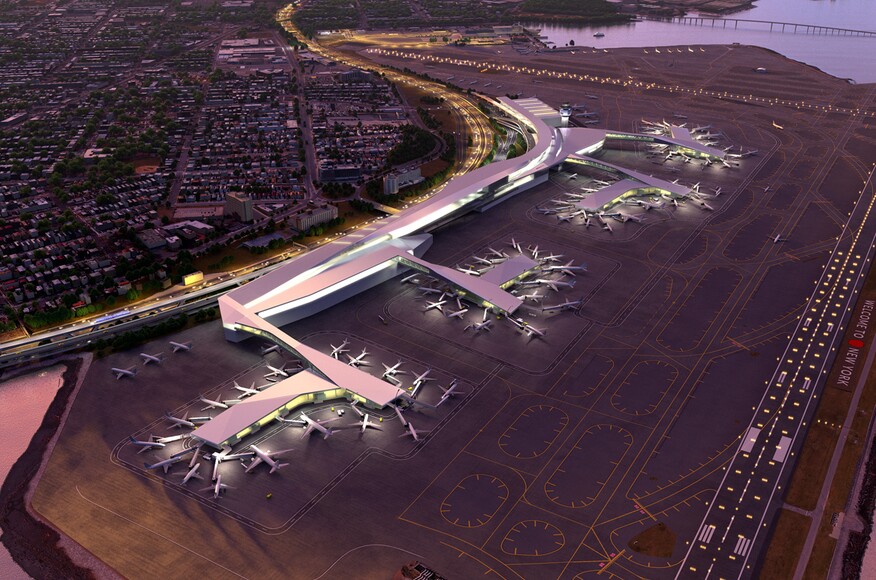 Construction on the first half will begin upon final approval from the Board of Directors of the Port Authority of New York and New Jersey. That approval is expected in the first part of 2016; the majority of this first half of the project is expected to open to passengers in 2019, with full completion scheduled for approximately 18 months later. The second half of the new unified terminal is expected to be redeveloped by Delta Air Lines, which has indicated strong support for the new vision, and anticipates beginning the redevelopment of its terminals on a parallel track with the LaGuardia Gateway Partners project to complete the new unified airport.

“New York had an aggressive, can-do approach to big infrastructure in the past – and today, we’re moving forward with that attitude once again,” Governor Cuomo said. “We are transforming LaGuardia into a globally-renowned, 21st century airport that is worthy of the city and state of New York. It’s the perfect metaphor for what we can achieve with the ambition and optimism and energy that made this the Empire State in the first place, and I want to thank our many partners for joining us to build the airport that New York deserves.”

Oops, you forgot something.

The words you entered did not match the given text. Please try again.

Reply Jamoslah
10:42 PM on May 30, 2021
Seriously a good deal of superb tips.
https://topessaywritingbase.com/

Reply Jamoslah
6:54 PM on June 8, 2021
You stated that terrifically.
https://essayssolution.com/
how to write a narrative essay about yourself
https://topessaywritinglist.com/
writing a descriptive essay about a person
https://freeessayfinder.com/
mit college essays
https://englishessayhelp.com/
how to write an analytical essay
https://golden-boll.webs.com/apps/guestbook/